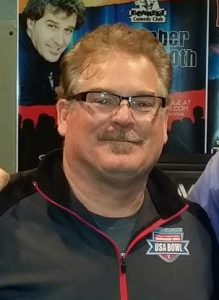 Terry Sullivan’s responsibilities as Vice President of Sports Leagues and Events is to oversee and manage the 360 Sports branded leagues and events.

Mr. Sullivan is an experienced director of sports leagues, athletic event planning, and sports entrepreneurship. He has many years of high level executive experience with operations, marketing, developing, and coordinating the logistics required for managing sports leagues successfully. Mr. Sullivan currently oversees the Company, 360 Sports and Events located in Eden Prairie, Minnesota. He is a founder of the All American Bowl, All American Eagles, USA Bowl and Preferred Image Sportswear.

Mr. Sullivan founded the Mid America Football League and in 2007 and then assisted with merging this league into the NAFL. Subsequently, the NAFL expanded to 140 teams with approximately 7,000 participants by 2009.

Mr. Sullivan was a founder of the Women’s Professional Football League and its two original teams, the Minnesota Vixens and the Lake Michigan Minx. From these two teams, women’s football expanded to over 75 teams throughout the United States and approximately 3,000 participants. Mr. Sullivan has promoted athletic events at the Super Bowl in Miami, Florida, the National Football League experience in Atlanta, Georgia, and promoted football games in venues such as the Sam Boyd Stadium, the Metrodome, Orange Bowl, UNI-Dome and in locations such as Daytona Beach, Canada, San Juan, Puerto Rico and in Mexico.

Mr. Sullivan was raised in Brooten, Minnesota where here he rushed for 2,500 total yards in high school before playing college football at Willmar Community College and then at Moorhead State University. He has served as a football coach in Eden Prairie, Minnesota.